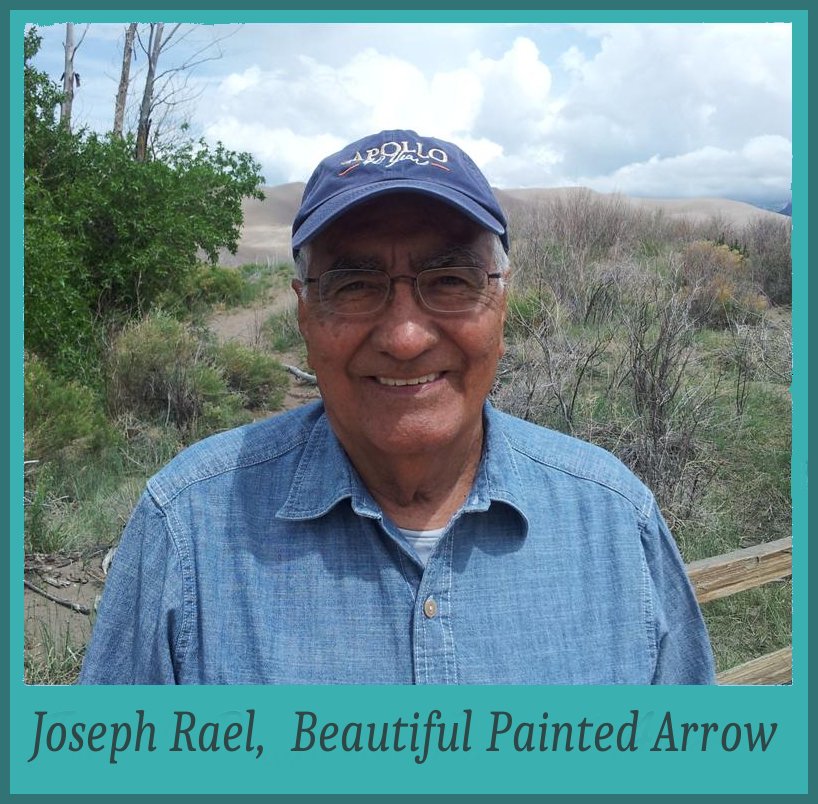 As a Mystic, Visionary and Spiritual Leader Joseph teaches by empowering people to be independent and not follow in blindness. His life of Mysticism has gifted the world with his knowledge of Sacred Sound. He states, "people are made of sound. It is through listening that you become a true human, and a true human is a listener who is constantly attuned by working with everything that is happening. Everything is made up of principal ideas, and for each idea there is also a sound." Also,"that colour is directly connected to a particular vibrationand when used properly will connect the brain almost instantly to that which it seeks to know."

Richard Crutchfield Ph.D had this to say,"when I was dowsing a dome- shaped Prayer or "Sound" Chamber being constructed in Swannanoa, North Carolina under the direction of a Yute-Pueblo Medicine Man named Joseph Rael (Beautiful Painted Arrow) I found to my amazement, a whole series of phenomena that indicate the existence of a kind of powerful auric field associated with sacred work that can be detected and even measured.

Firstly, I found that Joseph's prayer and cornmeal blessing at the Sound Chamber site left a permanent energy field which was identical to that which I had found surrounding granite outcroppings, sacred sites, etc., that the field was so strong that it completely erased a whole series of geomagnetic noxious energy zones that had been underthe area cleared for the foundation.

With the placement of the dome on the Chamber, a miracle seemed to happen. Not only was the energy of Joseph's prayer pushed out beyond measurable walking distance in the community, but all twelve layers were pulsating outward and inward in twleve hour cycles. Travelling by car I measured the outermost rim of the cycle at 16.5miles. I was astounded. I could actually drive through and measure the thickness of each layer as I passed through them.

How could what had begun simply as a medicine man's blessing, come to be so powerful, so permanent and to have such an oddly organic configuration and behavior? What kind of energy was this? Where was it coming from? A thousand questions came to me. Was this pulsation that resembled breathing or a heartbeat, a function of some kind of Being?"

Work Is Prayer.
Prayer Is Power.